The Nebraska Regional Poison Center will unite with the nation’s other 54 poison centers to celebrate the 58th Annual National Poison Prevention Week on March 15-21, 2020, a week dedicated to raising awareness about poisoning in the U.S. and highlighting ways to prevent it. Each year, more than 2 million poisonings are reported to the Nation’s poison centers, which can be reached by calling 1-800-222-1222. The Poison Center is staffed by specially trained health care professionals including Registered Nurses, Pharmacists and Physicians.

Poisons are all around us and can affect anyone, anywhere, at any time of life. According to the American Association of Poison Control Centers, 93 percent of poisonings happen at home, and 45 percent of poisonings involve children under the age of 6. The majority of fatal poisonings occur among adults, especially older adults.  Many poisonings are preventable and expert help is just a phone call away.

Here are some poison prevention tips to protect yourself and your family:

The Nebraska Regional Poison Center is a free community service to the public. 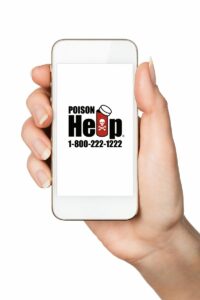 The Nebraska Regional Poison Center is only a phone call away.  Keep our phone number with you and your holiday guests.   Just a few tips to keep in mind:

Call if you need immediate assistance, or even for questions: 1-800-222-1222.  You can also text “797979” to your smart phone-this will save the 800 number in your contacts.  You will talk immediately to a trained poison center specialist; either a Registered Nurse or Pharmacist.

Tis the season..but please be safe and enjoy this Holiday Season with friends and family! 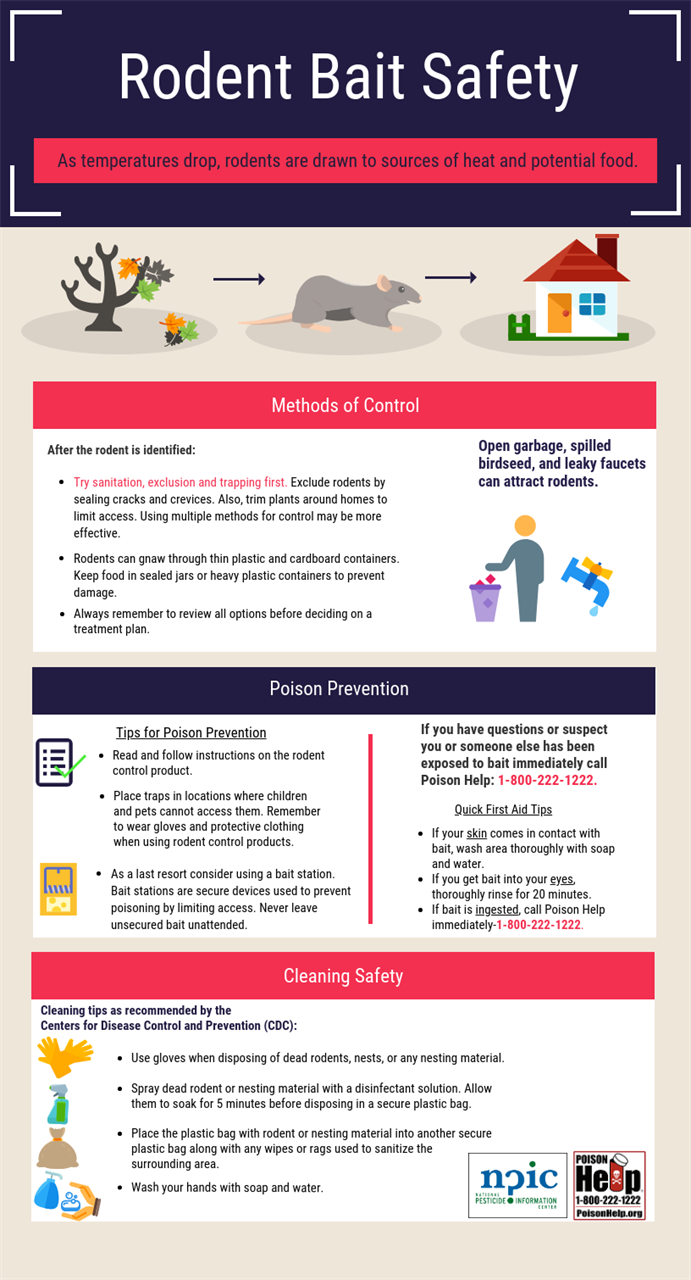 The Fall season is here! The Nebraska Regional Poison Center would like to alert you to some potential hazards associated with these months.  We hope this will help reduce accidental poisonings in both adults and children.  Remember that prevention is the best antidote for poisonings.

Carbon monoxide is a dangerous gas because it is colorless and odorless. Victims may be unaware of its effects until they are overcome by the fumes.  Cars with faulty mufflers may leak carbon monoxide.  This can be especially dangerous in the cool weather when cars are operating with windows closed.  Passengers in the back seat, usually children, most often are affected first.  Early symptoms of carbon monoxide poisoning are headache and nausea.  If these symptoms occur, take the victim to an Emergency Department.  Carbon monoxide poisoning can also occur in the following situations: improperly functioning home heating systems with furnaces, wood stoves used in poorly ventilated rooms, or burning charcoal indoors.  Carbon monoxide detectors are recommended in every level of your home.  Detectors can save lives.

Many antifreeze contain up to 95% ethylene glycol. If swallowed, small amounts of this chemical can cause severe illness and large amounts can lead to death.  Windshield washing fluid may contain methanol as well as ethylene glycol.  This chemical can produce blindness if ingested.  Antifreeze is marketed in attractive containers, has a sweet taste and a pretty color.  Be sure to store these containers in locked cabinets.  Never place antifreeze in an old food container for storage.  Rinse empty containers thoroughly and recap before discarding.  If you suspect that someone has ingested antifreeze, call the Nebraska Regional Poison Center immediately.

Both indoor and outdoor plants may be poisonous. It is helpful to know the names of your house plants and the plants and bushes in your yard.  Your local nurseries may be able to assist you in identifying them.  If a child does eat a berry, an outdoor mushroom, or a part of a plant, call the Nebraska Regional Poison Center.  We will ask you to identify the plant before we can make appropriate treatment recommendations.

During this time of the year many families take to their kitchens and begin canning some of their favorite foods to enjoy during the winter months. But special care must be taken when handling hot peppers such as jalapeno, cherry, bell, cayenne, and chili.  Capsaicin, the oily chemical irritant found in these peppers, can cause irritation, redness and burning pain when handled.  The oil is spread easily, so avoid touching areas such as the eyes and face.  The best prevention is to wear rubber gloves while canning.  If you develop skin irritation while canning, call the Nebraska Regional Poison Center.

This is used on driveways, sidewalks and porches for traction and de-icing. Salt can be poisonous to young children who may ingest toxic amounts. Like any other poison, it should be stored out of reach of children.

The short answer is no, vaping is not considered safe for teens and young adults, especially since their brains are still in a period of active development.

Vaping is a relatively new phenomenon so long-term studies of its impact on young adult health and behavior have yet to be conducted. The most comprehensive research to date is a report commissioned by Congress from the National Academies of Sciences, Engineering and Medicine. Released in January 2018, the report looked at exposure to nicotine and other toxic substances, dependence, harm reduction, smoking risks, cancer and more. Below are some key findings:

Devices and accessories designed for vaping marijuana are a booming business. Any marijuana use, whether vaped or otherwise, is a concern for adolescents and young adults. According to the CDC, marijuana use may have long-lasting permanent effects on developing adolescent brains. Negative effects include:

Be equipped with facts. Download the vaping guide for parents and read it over. Remain familiar with vape devices, what’s being vaped and the risks associates.

Have conversations. Opportunities to discuss vaping can present themselves in many ways: letters from the school, advertisements, seeing it on TV, walking by someone vaping or passing a vape shop. Be ready to listen rather than lecture. Try using an open-ended question like “What do you think about vaping?” to get the conversation going.

Convey your expectations. Express your understanding of the risks along with why you don’t want your child vaping. If you choose to set consequences, be sure to follow through while reinforcing healthier choices.

Be a good role model. Set a positive example by being vape and tobacco-free. If you do vape, keep your equipment and supplies secured.

What to Say When Your Teen Asks

Q: Isn’t vaping safer than smoking cigarettes?
Exposure to toxic substances may be reduced, but there are still significant concerns when replacing smoking cigarettes with vaping. One’s lungs are exposed to fine particles, metals, other toxins and nicotine which are all harmful. You may use the example that “Driving 90 miles an hour with a seat belt on is safer than without one, but neither is safe.” The same goes for vaping. And as with all substance use, ask your child why they’re interested in vaping in the first place.

Q: Everyone is doing it, why do you care?
You can say, “I know you might think this because of what you see in school or on social media, but the fact is that the majority of teens are choosing not to vape. It might be popular among some kids, but that doesn’t mean it’s safe.”

Q: You smoke, so why shouldn’t I?
If you’ve tried to quit, respond by saying something like, “You’re right, smoking is unhealthy and I’ve tried to quit and wish I had never started. I don’t want you to start an unhealthy habit and struggle the way I have.”

Vaping is found to be a common denominator behind hundreds of hospitalizations, though health officials still don’t know exactly why. Here’s what we know so far.

According to the Centers for Disease Control and Prevention (CDC), vaping has officially—though still broadly—been linked to the recent surge in hundreds of reported cases of severe, acute respiratory illnesses over the past few months in young people (patients’ median age is 19).

Per the CDC’s most recent press release, updated on September 6, more than 450 cases of possible lung illness across 33 states have been reported to CDC since April 2019—including five confirmed deaths. Most of the victims of the unknown affliction have been hospitalized with some combination of respiratory symptoms (mainly cough, chest pain, and shortness of breath), gastrointestinal issues, and fever-like symptoms.

Though robust, the public health investigation into the exact cause of these mounting pulmonary cases in the U.S. is still ongoing—but investigators do know one thing: Every affected patient reportedly has a history of using vapes or other e-cigarette products.

Unlike traditional cigarettes, which burn tobacco and emit smoke, e-cigarettes contain cartridges filled with nicotine and other chemicals that dissolve and emit vapor when heated (hence, “vaping”). Due to the relatively recent popularity of vaping and e-cigarette use (they’ve only been widely available in the U.S. since 2006) there is, understandably, limited research available on its long-term health effects. But this spike in scary vaping-linked hospitalizations across the country over the past few months has people on high alert.

Officials have not yet singled out one responsible substance, product, or device as the cause, since tests have yet to pinpoint one common chemical or substance within the product samples. Many (but not all) of the affected patients had recently used vape products containing THC liquid—the psychoactive cannabinoid in cannabis that gets you high (as opposed to CBD, which cannot get you high)—some had used products containing both THC and nicotine, and another subset used only nicotine-containing products.

In an article in The New England Journal of Medicine on Friday, David Christiani, MD, of Harvard T.H. Chan School of Public Health, said, “About 80 percent of the persons who vaped and became ill reported having used both nicotine products and tetrahydrocannabinol (THC) or cannabidiol (CBD) products.” Dr. Christiani also notes that “the mixing of multiple ingredients with primary compounds and potential contaminants” results in the production of “new agents that may be toxic.” 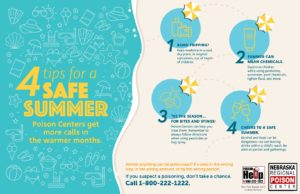